South Africa is one of the most beautiful countries in the world with so many things to offer the visitor – wildlife, beautiful scenery, beaches, mountains, world-class wines and yes wonderful food.

If you are visiting South Africa whether you are heading to Cape Town or other destinations in the rainbow nation these are the top foods that I recommend you try when you visit this stunning country! If you like the idea of cooking some of these great dishes check out my recommended cookbooks at the end of the post.

Biltong is dried, cured meat and is a favourite snack of South Africans. It can be made out of a variety of different meats including beef and game. It is similar (though not as sweet as) American beef jerky.

It is produced when vinegar, spices and salt dry and cure the meat. It is low in fat and absolutely delicious!

Biltong can also have different spices and flavourings such as chutney, sweet chilli, garlic or peri peri.

Try some droewors which is dried sausage too and just as delicious.

South Africa’s national dish bobotie was Nelson Mandela’s favourite food (and is mine too). This sweet curry is served with yellow rice, chutney coconut and bananas and is delicious.

Minced meat is used and then curry powder and spices are added before the dish is topped with an egg and milk mixture and baked in the oven. The origins of bobotie lie in the Cape-Malay community who adopted the dish when it arrived in South Africa with the Dutch.

Koeksisters are traditional Afrikaans pastries made from dough that is fried then infused with honey or syrup. No, not particularly healthy but delicious! Sweet, sticky and crunchy I bet you won’t have only one!

Koeksisters are a popular treat around the Easter holiday and can be bought from almost any takeaway. Families in South Africa often make them at home too.

Potjiekos (or small pot food) is prepared outside in a round cast-iron pot. The pot, or potjie, is placed over a small fire and the meat and vegetables are cooked slowly.

Sosaties are pieces of meat on skewers that have been marinated in spices and cooked over an open flame or braai (barbecue). They originated among the Cape Malays who worked as cooks for the Dutch army, making this kabob-style dish an Afrikaans invention.

Sosaties are usually made with lamb or mutton but can be found made with beef or chicken too. Traditionally the only vegetables served alongside sosaties is freshly cooked rice, but many restaurants around South Africa now serve them with a colourful selection of roasted vegetables as well.

Whilst not exactly cordon bleu Bunny chow is an interesting South African cuisine. It consists of a hollowed-out half-loaf (or quarter loaf) of bread filled with curry. It possibly originated in Durban amongst the Indian sugar plantation workers. Indian shop owners used loaves of bread as take-away containers so the workers could carry their meal to the fields.

Although the name suggests the meat used is rabbit the name actually comes from “Bania” who were a caste of Indian merchants who settled in Durban.

A braai is a name for a South African barbecue.

In South Africa, a braai (short for braaivleis) is always cooked over hot coals (not gas!) They can often be busy social events with the men all gathered around the braai with a beer in hand supervising the fire.

Deciding when the coals are just right to start cooking is always a matter of debate and god-help the host that starts cooking too soon!

South African barbecues are pretty special so if you are invited to a braai when you are in South Africa I would definitely accept!

So now you are at the braai and one thing you are SURE to see on there will be some boerewors.

Boerewors is a type of mainly beef sausage (it always contains beef mixed with some pork and/or lamb). It consists of pure meat with some added spices.

The name boerewors is derived from the Afrikaans words for a farmer – Boer and sausage – wors. Farmer sausage in other words.

Mealie pap is a traditional maize porridge (similar to American grits) made from mielie–meal (ground maize meal) and is usually served with a tomato and onion relish (called chakalaka) or gravy or with a stew to soak up the gravy. It is the staple meal of most South Africans.

Pap can be eaten for breakfast, lunch or dinner.

Malva pudding is another sweet treat from South Africa. Malva pudding’s ingredients include apricot jam. Once the sponge is baked a buttery sauce is poured over it to make it soft and sticky.

The cake is then served hot with custard or cream to produce a  moist, sticky, delicious dessert! 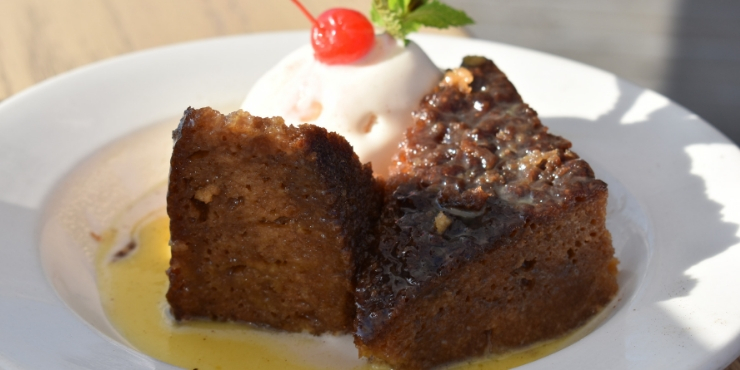 Milk tart is probably South Africa’s most iconic dessert. It is a delicious milk-based custard (with a hint of cinnamon) set in a sweet pastry crust. Powdered cinnamon is usually sprinkled on the top.

There is some debate about whether it should be baked or set in the fridge but either way it is delicious. 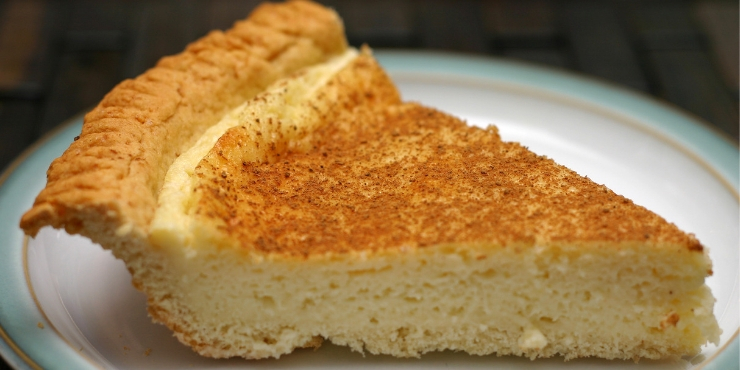 Vetkoek (fat cake) is deep-fried dough and is a popular breakfast, brunch or lunchtime meal. It originates from the Dutch East India colonies and has become an Afrikaans staple served with savoury foods or as a snack on its own.

Vetkoek is most commonly filled with spicy minced meat but can also be found in sweet varieties stuffed with jam, fruit and custard.

I am sure you will agree that these are a selection of mouthwatering South African dishes and foods. If you only try one South African food when you visit I highly recommend the bobotie!

If you are planning a trip to South Africa I recommend you read these books before you go. If you prefer movies this selection of South African films will keep you busy.